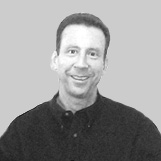 Dr. Harrison, who joined InnovaTek in 2003, is a member of the Company's Advisory Board. Previously he was Director of the Sustainable Power Division and a member of InnovaTek’s senior management team. In that capacity he was responsible for directing InnovaTek's efforts in the design, development, and commercialization of fuel processing technology being developed for power systems applications.
Prior to joining InnovaTek, Jeffrey was Projects Executive (2001-2003) and Manager of Technology Development (1998-2001) at ChevronTexaco, in Houston TX. While with ChevronTexaco he lead projects associated with the development of hydrogen infrastructure related to fuel processing, fuel storage, and fuel cell applications.
Dr. Harrison joined Texaco in 1985 and prior to the merger with Chevron, he was based in Beacon, NY where he assumed progressively more responsibilities as his duties evolved from Research Chemist to Group Leader and finally to Technology Team Leader. During this time period, Jeffrey was responsible for a range of projects including catalyst development and polymer functionalization and reactive extrusion. His technical work focused on energy conversion technologies and heavy oil upgrading. As Team Leader he was responsible for setting technical agenda and financial support with Texaco Upstream business units.
Dr. Harrison has been awarded 5 patents for formulations and has authored a number of publications in refereed journals. Jeff enjoys golfing, his sports car collection, and outdoor activities with his family.